Choose the appropriate model year for the Chevrolet Corvette you are trying to find the battery size for from the list below. 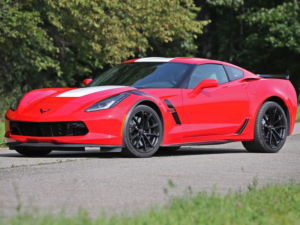 You can find the appropriate battery size for the Chevrolet Corvette to the left, just scroll to your year and check the trim.

The years available stretch from 1953 through to 2022 and by clicking a link you can view the different battery types for each trim.

The first models that bore the Corvette name were produced in the 1950s, not yet a muscle car, that came in the 1960s.

It has been produced in six generations with the convertible being introduced in the third generation and the hardtop in the fifth generation.

Over the years it has seen harsh competition from other models such as the Mustang from Ford.

This name is derived from a small, fast sailing ship called a corvette.

The Corvette was Chevrolet's marquee model until 1967 and for much of its production life, the Corvette was noted for its appearance and styling, rather than its performance — although it was subpar in this aspect when compared to European competitors.

Although similar to its predecessor, the latest model offers increased safety features, including forward-collision warning and lane-keeping assist.

The most famous 'Vette of all time is the 1963 split-window Stingray sport coupe with a 350 horsepower fuel-injected V-8.

New Corvettes are a testament to the timeless appeal of an American icon.

It features an all-new, purpose-built aluminum space frame that delivers the driving dynamics of a world-class sports car while achieving an unprecedented level of safety performance in a sports car.

The 2015 Corvette's interior for example had been designed and developed to be both driver-focused and full of technology. 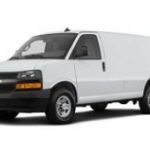 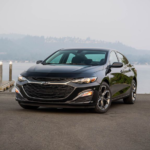 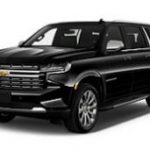 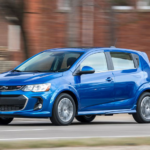