Choose the appropriate model year for the Audi Q5 you are trying to find the battery size for from the list below. 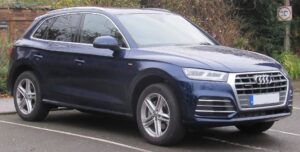 You can find the appropriate battery size for the Audi Q5 to the left, just scroll to your year and check the trim.

The years available stretch from 2009 through to 2022 and by clicking a link you can view the different battery types for each trim.

Slotting above the subcompact Q3 model, the compact crossover SUV Q5 is the taller version of the standard A5 model by the same company.

It sets itself aside from the usual compact crossover SUVs by being a luxury option with extensive safety and comfort features typically not seen in these cars.

Immediate competition is seen from luxury offerings like the Acura RDX and the Lexus NX - non-luxury examples include the Toyota RAV4 and Honda HR-V.

Production of the Q3 began in 2008 with customers getting delivery of their first examples in 2009, in 2017 the car entered its second generation.

Shortly after the car went into production their was a plug-in hybrid option added to the order sheet for the car allowing it to run on electricity alone for 2 miles.

With the introduction of the second-generation SUV, the electric-only range was massively improved to allow 26 miles, a 13-fold increase.

All examples of the Q5 are 5-door with some being sold as "fastback" with a slanted roof at the rear for a more sporty appearance.

A manual transmission was offered in the first-generation but with the second introduced the options were one 8-speed automatic for all customers. 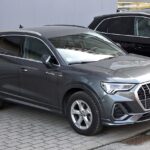 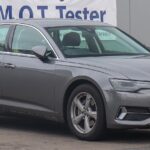 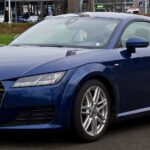 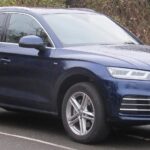